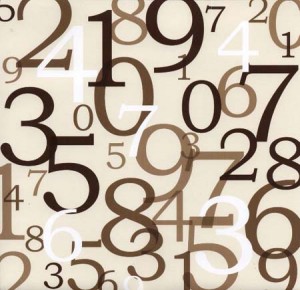 When you get down to it, sales are simply a matter of numbers. It’s like baseball, the more swings you get, the more hits you get. The best way to never strike out swinging is to never swing, but that’s not what wins baseball games. Keeping this in mind makes it much easier to deal with rejection, because rejection is part of sales. The best way to never be rejected in sales is to never make a presentation.

A number of years ago, I realized I was getting more rejection that I had ever had previously. More people were telling me ‘no’ than I had ever experienced, and I was feeling great. You ask, how can that be? And the answer is that I was making more presentations than I had ever made previously and I was closing more deals.

Now obviously you want to increase your closing ratio, however given the choice between closing 1 of 3 sales, or 3 of 12 sales which would you prefer? One of three you are closing 33% of your sales, and 3 of 12 equates to 25% of your sales are closing.
33% exceeds 25%; however three sales are three times better than one sale with everything else being equal. Sales are simply a matter of numbers. To really be successful you want to not only increase your closing ratio, you want to increase your presentations. By doing that you are maximizing your efforts with more sales and more income.

Sales people often times feel the fear of rejection. And they will find anything to do in order to avoid cold calling for prospects. I came across many highly organized sales people and knowledgeable sales people who finally had to give up the world of sales.
Though they were organized and/or knowledgeable, they didn’t extend themselves by prospecting or making presentations. Basically they were suffering from a common sales ailment called “Socially acceptable non-productive behavior”. In other words, their activities and actions (such as organizing or learning) were socially acceptable, however totally unproductive.

To be successful you have to have the courage to take the risk and extend yourself to make the cold calls and presentations. Every rejection gets you one step closer to an acceptance. The goal is not to avoid rejection; it’s to make the presentation and the sale.
Focusing on the goal leads to success.

Michael Jordan was interviewed during one of his NBA Championship runs and he was asked why he is successful. He answered, “I’ve missed more than 9,000 shots in my career. I’ve lost almost 300 games. Twenty-six times I’ve been trusted to take the game-winning shot and missed. I’ve failed over and over and over again in my life, and that is why I succeed.”

For both the Babe and Michael it was a numbers game; not only in the final score, but more importantly in their efforts and success. It’s no different in sales. You’re selling numbers. More strikeouts, more missed shots, and more rejection can get you into the Hall of Fame.